One Bird, One Stone: 108 American Zen Stories
"The reader will be delighted and entertained by these teachings, and this beautifully written book will open the Zen world to everyone". Natalie Goldberg,
author of Writing Down the Bones
The Time of New Weather
"A blend of Herman Hesse, Tom Robbins and Kurt Vonnegut." Washington Post
The Finished Man
"Amusing and amiable....Murphy has a deft, light touch." Kirkus Reviews
The Hope Valley Hubcap King
"A rich, vast, and slyly comedic novel that leaves you laughing and weeping. Read and
rejoice."
Malachy McCourt, author of
A Monk Swimming
Zen Resources
More Information on Zen
E-mail Sean

Sean says: I had the privilege of spending over a year traveling to Zen centers around the U.S., where I talked with more than 100 Zen teachers and long-time students regarding their experiences in Zen practice. The process became a pilgrimage for me, challenging my understanding and endurance and deepening my own Zen practice. I was astounded by the diversity of centers, practice styles, and teachings I encountered, and came away with a renewed faith in the power and adaptability of this ancient tradition, which has now, through some mysterious process, become firmly rooted in western soil.

The product of this journey is One Bird, One Stone: 108 American Zen Stories, a distinctly American take on the ancient tradition and practice of Zen Buddhism. The book had its genesis in the many contemporary Zen stories I had heard over the years from my teachers and fellow practitioners. I came to realize that although many collections of traditional Zen stories had been published in the west, I had never encountered a comprehensive collection of purely western stories from a variety of lineages.

Drawn from the archives of major Zen centers in America and interviews with some of the most seminal figures of American Zen, including Philip Kapleau, Bernie Glassman, and Walter Nowick, One Bird, One Stone presents notable encounters between teachers and students, the moments of insight and wisdom, the quotable quotes, and the humor of Zen as it has flowered in America over the last hundred-plus years.

A new edition is released in April 2013, with an additional introduction by Natalie Goldberg.
Find the new edition at Amazon: One Bird, One Stone: 108 American Zen Stories
Or support your local bookstore - ask them to order the book for you!

EXCERPTS FROM ONE BIRD, ONE STONE

Before Sokei-an came to America, when he was just beginning his study of Zen, his teacher arranged a meeting for him with Soyen Shaku.
The master, having heard he was a wood carver, asked, "How long have you been studying art?"
"Six years," replied Sokei-an.
"Carve me a Buddha," said Soyen Shaku.
Sokei-an returned a couple of weeks later with a wooden statue of the Buddha.
"What's this?" exclaimed Shaku, and threw it out the window into a pond.
It seemed unkind, Sokei-an would later explain, but it was not: "He'd meant for me to carve the Buddha in myself."
(Contributed by Michael Hotz, First Zen Institute)

FORM IS EMPTINESS
During a shosan (a formal public question-and-answer session) Angie Boissevain came before Kobun Chino Roshi with a question that had been burning within her all morning. But after she made the customary three bows and knelt before him she found her mind utterly blank, the question gone.
She sat before him in silence for a long time before finally saying:
"Where have all the words gone?"
"Back where they came from," replied her teacher.
(Contributed by Zen teacher Angie Boissevain)

LIVING IN THE NOW
After a reading Roshi Bernie Glassman gave during a book tour, a woman stood up and asked him, "What does it take to live in the Now?"
Glassman answered, "Would anyone who is not living in the Now please stand up?"
(Contributed by Bernie Glassman)

WHERE TO BUY One Bird, One Stone 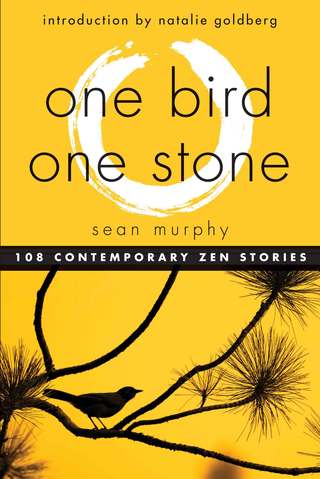 The *new* 2013 paperback edition is available for order at Amazon 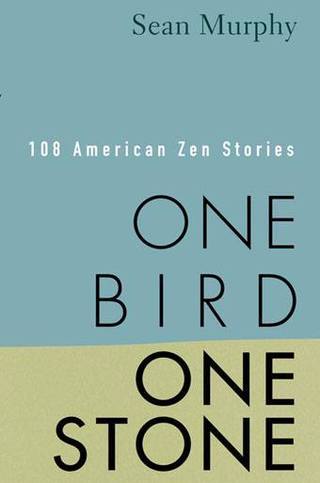 "Full of humor, history, and tantalizing takes on reality, One Bird, One Stone stands as a genuine Zen classic." Brian Bruya