One Bird, One Stone: 108 American Zen Stories
"The reader will be delighted and entertained by these teachings, and this beautifully written book will open the Zen world to everyone". Natalie Goldberg,
author of Writing Down the Bones
The Time of New Weather
"A blend of Herman Hesse, Tom Robbins and Kurt Vonnegut." Washington Post
The Finished Man
"Amusing and amiable....Murphy has a deft, light touch." Kirkus Reviews
The Hope Valley Hubcap King
"A rich, vast, and slyly comedic novel that leaves you laughing and weeping. Read and
rejoice."
Malachy McCourt, author of
A Monk Swimming
Zen Resources
More Information on Zen
E-mail Sean

Sean Murphy lives in Taos, New Mexico, with his wife Tania Casselle, a freelance journalist, travel author and fiction writer. Sean is the recipient of a 2018 National Endowment of the Arts Fellowship in Creative Writing, and is a fully sanctioned Zen teacher in the American White Plum lineage. He is the author of 3 novels and one book of nonfiction. His debut novel, The Hope Valley Hubcap King, won the Hemingway Award for a First Novel and was an American Booksellers Association BookSense 76 recommended book.

His third novel for Bantam/Dell, The Time of New Weather, was released in Mass Market paperback in April 2008, and was named best novel in the 2009 National Federation of Press Women's Awards, as well as in the NM Press Women's awards. The latest edition of his One Bird, One Stone, a nonfiction chronicle of Zen in America (Hampton Roads 2013), won the 2014 International Book Award in the Eastern Religions category.

His novel-in-process, Wilson’s Way, won the 2014 Dana Award in the Novel, as well as the 2017 William Faulkner Wisdom Award for novel-in-progress. He has contributed to Writer's Market; The Sun; Yoga Journal; Tricycle: The Buddhist Review; Mandala, and Mountain Record: The Zen Practitioner’s Journal, plus the anthologies You Are Not Here and Other Works of Buddhist Fiction by Wisdom Publications, and NOW WRITE!: Fiction Writing Exercises from Today's Best Writers and Teachers, from Tarcher.

Sean is a member of The Authors Guild and his literary agent is Peter Rubie.

He is an MFA graduate in writing from The Naropa Institute, the Buddhist inspired university founded by Poet Allen Ginsberg and Tibetan Lama Chogyam Trungpa Rinpoche. A recognized Zen meditation teacher in the American White Plum Lineage, Sean has practiced Zen meditation for 30 years. His formal Zen training began under the direction of Taizan Maezumi Roshi of the Zen Center of Los Angeles and then with John Daido Loori Roshi of Zen Mountain Monastery in upstate New York. He now studies with Gerry Shishin Wick Roshi of the Great Mountain Zen Center in Colorado.

Sean has taught creative writing, meditation, and literature for the University of New Mexico-Taos for 20 years, as well as for Southern Methodist University's Taos campus, the Institute of American Indian Arts in Santa Fe, Naropa University in Boulder, and a variety of conferences and organizations, including a number of Masters Classes in the Novel. He leads writing workshops around the country. (See Workshops page for more information). He also co-taught for four years with Natalie Goldberg (author of Writing Down the Bones) in her series of writing and meditation seminars. His yearly Write to the Finish Course, taught with Tania Casselle, has helped dozens of novelists and nonfiction writers finish book-length projects over the last ten years.

He has produced, directed and/or scripted more than 25 educational and documentary film and video programs for groups including the University of California-Santa Barbara, the Committee to Save Mono Lake, and Zen Mountain Monastery.

When his fingers need a break from typing, Sean plays guitar and listens to jazz. He was probably a frog in a former life judging by his fascination for them in this one. He also loves snakes and lizards and is an ace at catching snakes and moving them out of the road so they can slither somewhere safer. It's an invaluable skill in New Mexico, and one he learned during his childhood in Miami.

In One Bird, One Stone, Sean gives a full list of suggested reading, including individuals’ personal accounts of their own Zen training, books by contemporary teachers, and works on koan study, Zen and creativity and Zen travel. Here are some of the books that have been particularly important to him in his practice. 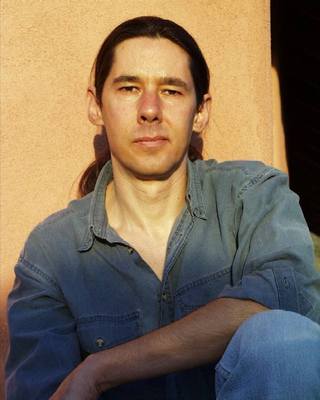 Sign up to Sean's newsletter for writers and readers

"In 1999 I acquired an agent after winning an award for the manuscript of my novel, The Hope Valley Hubcap King. When I told him of my idea for a collection of American Zen stories, he asked me to put together a book proposal and some sample anecdotes.
A short time later I found myself in the odd position of having sold a non-fiction book I hadn't written yet, and having not yet sold the novel I had already finished! This series of events marked my sudden, headfirst introduction to the publishing industry."